Tuwi’s roots are in Peru and we have been saddened by the disproportionate suffering caused by the pandemic despite the country having an early and long lockdown (from mid March to the end of August).

The European Centre for Disease Prevention and Control reported last week (July 25) that Peru has had more than 17,000 confirmed deaths, the most in a Latin American country after Brazil, and 375,961 cases (ahead of the UK and Italy) making Peru the sixth most affected country in the world.

The numbers are alarming but started to make sense when I considered the reality of daily life in Peru. Many poorer households don’t have a refrigerator, so food shopping is done every day in open street markets. 70 per cent of all employees in Peru work in markets, or as street vendors or cleaners. Street vendors were banned during lockdown so a lot of the urban poor lost their income.

The economy slumped by 40 per cent in April, with half the working population of the capital, Lima, losing their jobs. Government benefits are available but people have had to queue at the bank in person to claim them, with more risk of infection, because 62 percent of Peruvians do not have a bank account. 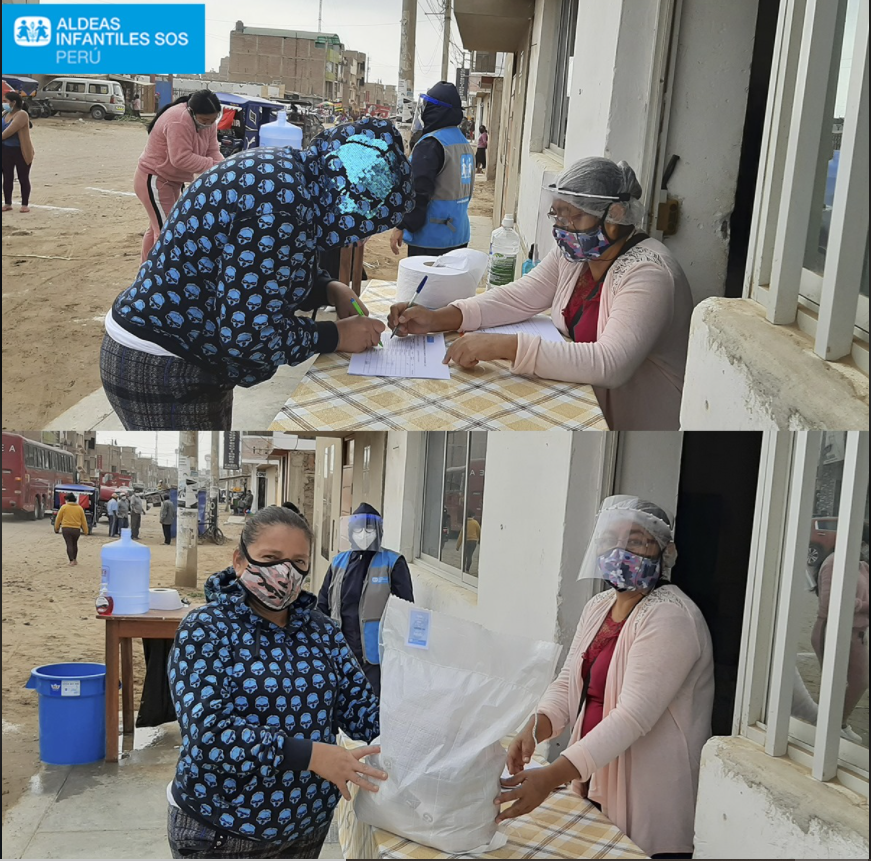 Aldeas Infantiles SOS, part of the SOS Children’s Villages network, is helping the poorest families survive the effects of COVID-19. The costs of extra hygiene products and the pressures of having to organize home schooling have pushed many family budgets over the edge at a time when one or both parents might be losing their jobs or becoming ill. The families Aldeas works with have an average of 6 children.

The charity’s first goal is to give families the support they need to stay together but some children have been placed with foster carers by Aldeas and these alternative families have had to address the same issues of providing education while offering the children fun projects such as art and cookery. During covid-19 crisis they are also delivering food to the whole communities.

We chose this charity to work with in the long term due to its well established network. In April thanks to you, our customers, we raised some funds and last month we sent our first donation.

We asked for Tuwi’s contribution to go to the Arequipa region and we’ve heard that it has all gone straight into the child support budget.

To see what you’ve been supporting, and donate more if you would like to, click on this link: